X
We're Here for You

Thank you! Your submission has been received!
Oops! Something went wrong while submitting the form.
X 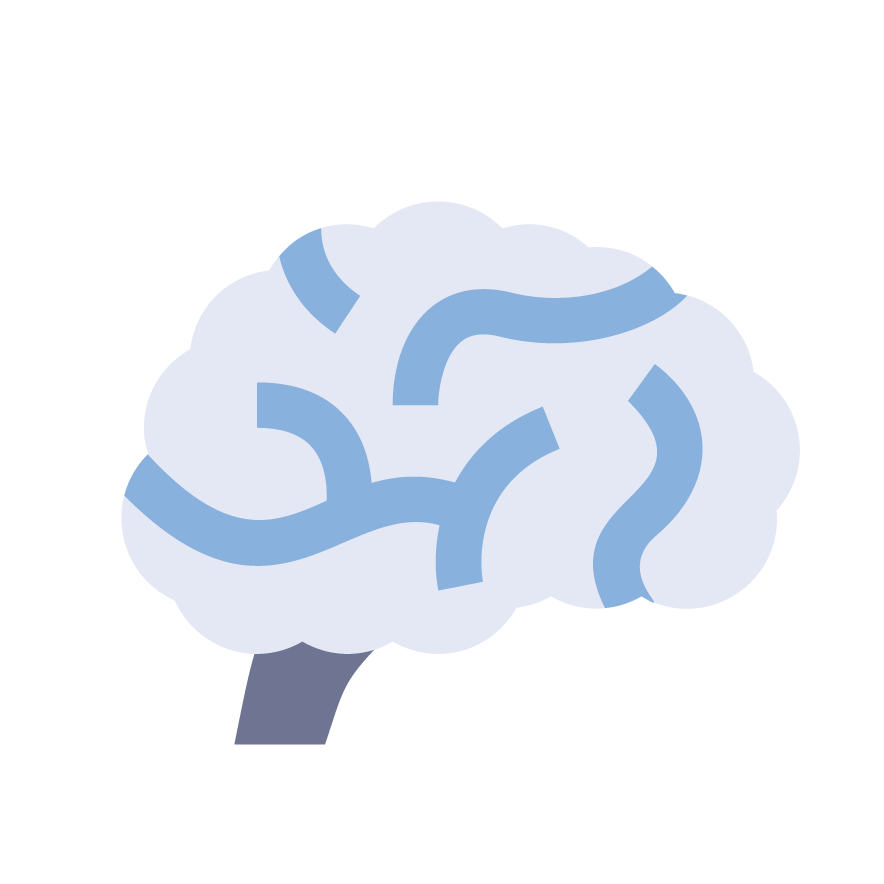 Mental health includes our emotional, psychological, and social well-being. It affects how we think, feel, and act, which means, it’s crucial to get right.

As of 2022, substance abuse in America is on the rise, with 20.4 million people diagnosed with substance use disorder in the past year according to the National Institute on Drug Abuse. Of these people, only a little over 10 percent sought help, and around 43% of all people seeking help for addiction related to prescription pain killers had a co-occurring mental illness.

What do these numbers tell us? For starters, they point to the bigger picture of mental health related to substance use disorder. They also paint the picture for how prevalent drug use is in the United States. It's important to be educated on the link between drug addiction mental health, and know how to get help to recover from a mental illness as well as substance use disorder.

What is Substance Use Disorder?

It's important to understand the difference between substance use disorder and have addiction defined in our vocabularies. Substance use disorder, according to the DSM-5, or Diagnostic Statistical Manual 5th edition, is the recurrent use of drugs or alcohol despite the negative effect it has had on one's own life and health. There are now 11 criteria for a person to meet the definition of substances use disorder, which include:

A person only needs to meet two of these criteria in order to be labeled as having a substance use disorder.

In short, it's important to understand that substance abuse disorder is considered a mental health disorder in its own right. From the criteria above, it's easy to see how all of these could pose a potential threat to someone's physical, emotional, and mental well-being. From abandoning activities they once loved, which can cause depression, to increasing anxiety when one is unable to fulfill their addiction, co-occurring mental health disorders go hand in hand with substance use disorder.

However, perhaps the most relevant (and dangerous) of these criteria is changes in psychological well-being, such as erratic behavior, an increase in depression and anxiety, and other factors related to mental health. When people are diagnosed with substance abuse disorder, it's important that they get help through addiction and mental health counseling.

How are mental health and addiction related?

For instance, if someone has a serious mental health illness with schizophrenia, it can be difficult for a substance abuse counselor to offer addiction help until after the person is stabilized. This is just one of many disorders that can coincide with addiction.

Some of the mental health disorders that can coincide with addiction include:

For all of these disorders, research shows that offering both mental health and addiction counseling is beneficial in improving treatment outcomes. That's why it's so important to find the right counselor and get help for both your mental health disorder, as well as any addiction issues you or a loved one might face.

How is mental health related to a dual diagnosis?

There has been research studies done on people that have undergone both substance use disorder and dual-diagnosis treatment. Dual-diagnosis treatment, as the name suggests, is treatment that focuses on both a mental illness and an addiction disorder. For instance, someone with post-traumatic stress disorder might engage in substance use disorder so they can get help for both their addiction and also go through trauma recovery.

Although past methods of treatment focused on treating a mental illness before treating a substance use disorder, new evidence from these research studies places emphasis on a dual-diagnosis treatment program. These studies have shown various promising outcomes, including:

These studies show just how important it is to find a program that focuses on dual diagnosis treatment, meaning they can offer counseling for both mental health and addiction. In addition, these studies also showed that dual diagnosis treatment can be effective in people with less severe psychiatric disorders, and in fact is even more impactful for people with these types of less severe psychiatric conditions. This means that you can seek help for even mild forms of depression, anxiety, PTSD, or other mental health conditions while still getting help for your substance use disorder.

For people with more severe psychiatric conditions, such as schizophrenia and bipolar disorder, it's important to get help right away for addiction. Evidence suggests that using drugs and alcohol can have a negative impact on an existing mental health disorder. For instance, people with ADHD report higher levels of cravings with drugs and alcohol after use. Brain imaging tests have been used to determine that this isn't a lone phenomenon, and there are actually images that show brain activity for cravings is heightened in people with ADHD, or attention-deficit hyperactivity disorder.

Using drugs and alcohol can also lead to certain symptoms that are similar to a mental health disorder, but that might not necessarily be the disorder itself. For instance, people that use substances such as LSD, psychedelic mushrooms, or methamphetamine can experience delusions and psychosis, similar to what someone with schizophrenia would experience. However, there is no way to know for certain whether or not someone is undergoing psychosis due to a substance or due to a pre-existing mental health disorder.

In short, it's best to stay away from using substances if someone has a diagnosed mental health disorder or is undergoing a significant life stressor. Although the substance, such as drugs or alcohol, might be able to help someone relax in the present moment, the effects of the substance will eventually wear away, leaving nothing but destruction and an unfortunately negative effect on mental health in its wake.

Can drugs cause mental illness?

Although the incidents of mental illness and an existing substance use disorder are high, this doesn't necessarily mean that drugs lead to mental illness. For researchers and doctors, it can be difficult to understand whether drug use leads to a mental disorder, such as psychosis, increased anxiety and depression, or if a mental illness leads to substance use.

For example, if someone was already suffering from depression and used alcohol as a way to self-medicate, then it can be difficult to know for certain whether the depression is the cause of the alcohol use disorder and vice versa. In addition, there are many other factors that can affect someone's risk of developing a mental illness. These include:

While all of these factors listed above can lead to mental illness, it's important to notice that using substances alone might not cause mental illness. While the symptoms of depression, psychosis, and anxiety can get worse or even develop during the use of substances, one can never know for certain whether they need help for the addiction or the mental illness itself.

This is also why it's incredibly important to keep dual diagnosis as a viable option for treatment. It's always a better treatment method to treat both the mental disorder and the substance abuse disorder than to ignore one or the other.

Reaching out to your local health department and county health department can also help you get started on finding the best dual diagnosis treatment program in your area. This is especially true if you do not have insurance or depend on a state-funded or federally-funded insurance plan, such as Medicare or Medicaid. Talk to a representative so you can find find the best rehab options for you, or visit https://medicareadvocacy.org/medicare-info/medicare-coverage-of-mental-health-services/.

You can also talk to your primary care doctor for any mental health and substance use disorder concerns. Your primary doctor will be able to get you the help you need by referring you to an outside specialist or rehabilitation program to get you started on addiction and mental health counseling.

For online resources, visit these links for more information on co-occurring disorders and addiction treatment at:

To get help for your mental health and find out more, visit: